The holiday season is kicking into full gear in the U.S., where this past Thursday millions celebrated Thanksgiving with friends and family…and lots of turkey. In other parts of the world, the end of November signals that Christmas shopping season, and Christmas carols fill stores and shopping malls.

In every region of the world, there are traditions that make everyone feel the holiday spirit – whether its the lighting of the Rockefeller Center Christmas tree or seeing Rudolph the Red-Nosed Reindeer on television. But what many expats and others living and working abroad realize is that many customs and traditions will be vastly different than those of the home country.

For example, as a New Yorker I am used to having plenty to do around the city, even on the biggest holidays (like Christmas). But in many parts of the world, even in the hustle and bustle of London, cities virtually 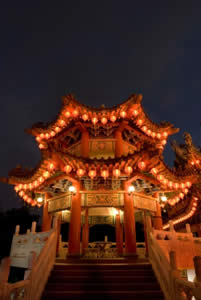 shut-down, as most people stay in for the day to spend time with family. It’s also important to think about the religious character of the city or country in which you are living – the style and tone of a celebration in a country that is predominantly Roman Catholic might be very different from that of another country.

But what can make spending the holidays abroad as an expat is the exploration of all of these new traditions and experiences. Below are just some examples of holiday traditions in other countries:

No matter where you celebrate your holiday this season, if you are living and working abroad you are bound to uncover a new tradition, making your home away from home all the more exciting, and adding to the sense of adventure that comes with living overseas!

I don't know about you, but here on the East Coast spring is in full swing, and … END_OF_DOCUMENT_TOKEN_TO_BE_REPLACED