Don’t we all dream of a better life? A better work life balance, a life with better job prospects, a life with more opportunities, less crime, more sunshine – the list goes on and on and on. Well, there’s people out there who actually believe they have found their utopia – in Australia.

Last year 20,000 Brits went in search of this elusive ‘better life’ and are now taking advantage of living in the world’s 6th largest country with the lowest population density, a booming economy and low inflation. Imagine that! 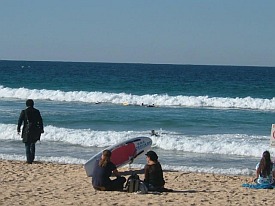 Move to Australia - Hit the Beach

In fact you no longer need to imagine. It’s actually easier than ever to make that move to Oz. The Australian government are crying out for people to fill their massive skills shortage increasing it’s quota for highly skilled immigrants by 5,000, bringing the total number to 102,500 for 2007-08. The team at Working Abroad Magazine have discovered a new web based service called Next Step Australia which can quite simply take away the strain involved in relocating half way around the world. The service claims to be able to find you jobs in Australia, arrange the most appropriate visa, find you temporary or permanent accommodation, organise your healthcare insurance, bank accounts, money transfers, and finally help with the shipping of your possessions to your new home in the sun. “Our website not only saves you time, but you can be sure that all our services will provide you with quality, personal attention through our offices in Sydney and the UK”, says Joanne Roberts, the founder of Next Step Australia.

So what is all the fuss about? Why do so many of us leave our family and friends to move half way around the globe?

“Everyone seems so much happier and friendlier” says Sally, who moved out here last year. “Back in Britain I would spend most of my evenings indoors, usually in front of the TV! But since moving to Oz I have a far more active social life. It didn’t take me long to settle in either – the culture is so similar and there are so many expats out here that you forget just how far from home you are.” Note – Check out cool work abroad opportunities in Australia such as agriculture, sports, and tourism jobs.

Climate has to be a factor in the lifestyle – even in autumn and winter northern and central Australia has clear warm days, and the south has cool days with occasional rain but still plenty of sun. Many homes enjoy pools, tennis courts and space for entertaining and the property in Australia is very much cheaper than the UK.

People who have made the move to Australia comment on the low cost of living compared to that in the UK. Fruit and vegetables are usually locally grown in abundance, so you’ll find they are not only cheaper but much fresher than here in the UK. The meat is also relatively cheap and excellent quality.

Could it get any better?

Yes! Even the wages are higher as are the working conditions and benefits. According to the Australian Bureau of Statistics the average full time adult earnings in Australia in February 2008 were $1,109 per week, around the equivalent of £535 and with the full time minimum wage at $511 (£246) per week. Your employer is also bound by law to contribute 9% of your salary into a pension fund for your retirement.

The employment and working conditions are strictly legislated in Australia through the Workplace Relations Act 1996 and nearly half the working population are members of one of the 160 unions which exist across the country. All types of public facilities are of a high standard too, exceptionally so in education and healthcare. For example, an Australian Honours degree holds a higher status in the UK university system than a degree from a British university.

It seems as though the Aussies have everything we’ve got but better – kind of like a parallel existence but with more sunshine and less of the bad stuff!

CASE STUDIES FROM BRITS WHO HAVE MOVED TO AUSTRALIA:

Matthew Foster (30) moved to Sydney from Leeds over 3 years ago.

He says: “I got fed up with the daily grind of driving from my home in Leeds down the M1 to work. The constant wind, rain and grey skies really got to me. So I saved up £5,000 and bought a ticket to Sydney and started backpacking for 6 months. The prospect of returning home simply didn’t appeal so I looked around for work and luckily found a job with Australian IT Company.

I was their first employee and I’m now a director of the same firm. It employs 20 people around the world and boasts a multi-million dollar turnover. The typical workplace in Australia is far more relaxed and informal than its UK counterpart but it’s just as productive. More importantly, hard work is genuinely rewarded. The opportunity to move on up within organisations is more clearly defined and that helps with motivation. The Brits are highly regarded and they can rise rapidly up the job ladder.

The people are far friendlier in general than in the UK. Maybe its the weather or the language but you feel at home very very quickly which helps.”

“We’d always said we wanted to live abroad, and when Michael was offered a position at the Macquarie Bank it seemed like too good an opportunity to miss. I was also ready for a change and our son was young enough to cope with the move. The bank flew us to Sydney to take a look at the city and we felt it was a fantastic place to live with kids – we hadn’t actually visited Australia at all before that. We made the decision to go in May 2006, bought a house in London to keep a hold in the UK property market, and moved in the August.

The move itself was fairly straight forward. There is quite a shortage of rental accommodation here so we found we had to act quickly if we found somewhere we liked.

My husband Michael especially loved the outdoors life as he’s a keen road cyclist and into sport and fitness. The beach life is brilliant for children and there are clean, well-equipped playgrounds seemingly on every corner.

It’s hard to be so far from family and friends but with all the benefits of living in Australia we haven’t looked back.” 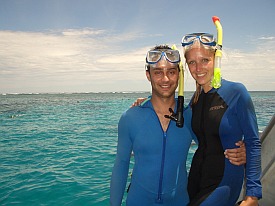 “I was surprised how easy it was to find work and transfer my skills to Australia. I just needed to show that I had my PGCE qualification and had worked for 1 year as a primary school teacher within the last 3 years. What has impressed me more than anything is level of funding which the schools have. The class sizes are much more manageable and the kids seem so much happier and eager to learn.

I was worried about relocating on my own. I had backpacked around Australia after leaving university but still wasn’t sure what to expect from my new life. It hasn’t taken me long to settle in though, I’m just starting to think of this as my home. The best thing is that the people are so very friendly; I think that was maybe the biggest culture shock. People like to get to know each other and will ask so many questions – questions which might seem quite invasive back home. There’s definitely more community spirit, I think it makes you realise just how reserved the Brits are.

I’m glad that I chose Melbourne too. It’s a really beautiful city and the temperature is milder here, and in some ways a bit more like home.”

No. of people who move each year

Australia’s unemployment rate is at a 32-year low at 4.4%, one of the lowest in the world. In some sectors such as nursing and mining there is zero unemployment.

Employment and working conditions are strictly legislated in Australia through the Workplace Relations Act 1996. Australia is one of the most highly unionized countries in the world and nearly half of the working population are members of unions. There are approximately 160 unions across the country.

I don't know about you, but here on the East Coast spring is in full swing, and … END_OF_DOCUMENT_TOKEN_TO_BE_REPLACED