You are here: Home / Visas / Working Abroad in the European Union

Each country has different requirements for foreign nationals who want to find paid work there, which can cause red tape nightmares for would-be employees.

Visa applications are notoriously complicated to complete, with some countries needing you to find a business to sponsor your entry, and others requiring enough cash in the bank to support yourself for months on end.

Certain countries will not let you in to work unless you already have a job waiting, others insist you show an acceptable amount of experience in a specific field to fulfill a vacancy quota.

It is extremely subjective, as visa and entry requirements depend on which country you come from as well as the one you want to work in, and can alter according to how well the two are getting on.
Although visas are tricky and time-consuming to obtain, trying to find work without one is often impossible. Luckily, for some people there is a short cut through the bureaucracy.

Residents of the European Union, a collection of 27 countries in Europe, can freely travel to any other member state without needing a visa, which makes it much easier to organise work in those countries.

One of the strongest principles of the EU is the right for people to be treated without discrimination due to their nationality when applying for a job in a different member state, a regulation first introduced in 1968.

This law means that workers from one EU state get the same tax, benefit and trade union rights as those who were born in that country. In other words, workers are protected from unfair dismissal or treatment by employer simply because they are not originally from there. 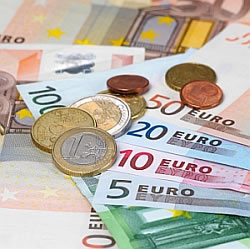 Earn Money in the EU

The practical application of the regulation allow people to travel to an EU country and find a job at their own pace, which makes the process potentially both faster and slower – you could be employed on your first day, or you may have to fund your stay for weeks before a company takes you on.

However, certain EU citizens may need to register for a work permit before they can start working abroad. This generally applies to citizens of eastern European countries that most recently joined the EU, such as Romania, Lithuania and Slovakia, who want to work in a heavily subscribed country such as Germany or the United Kingdom.

It is important to remember that these benefits only apply to citizens of member states: people from elsewhere in the world who want to work in EU countries will still need a EU work visa. More detailed information about the different types is available if you click the link. Additionally, people from EU states who wish to work in a European country that has not joined the union will also need to apply for visas or work permits. The types of jobs most jobs readily available in the 27 EU countries are causal positions in typically Western areas such as factories, offices, farms, hotels, bars and restaurants. Au pairing is a popular option for people aged 25 and under, as is tourism work as fluent English-speaking workers are needed for the hordes of visitors that flood into the continent from the US, Canada, Australia and UK.

However, speaking the local language will improve your employment prospects enormously, as multinational companies need people to work across the world. This is an excellent way of gaining a skilled or corporate job, and mastering a second language as well as English could give you an advantage over the local applicants.

Tourism roles have even greater need of such skills, as Europe’s high concentration of individual languages means hotels can cater for up to a dozen different tongues.

To avoid the hazard of spending weeks looking for work, with mounting hostel costs or rent, one option is to register with a hiring agency to find either temporary or permanent work. These will usually charge a fee, but could significantly cut the cost of your expenses while job-hunting. That said, the EU itself has a job hunting service called EURES – a vitally useful resource and great starting point to find which countries are most suited for your chosen profession.

You could even work for the EU itself, as it has recently opened employment competitions for translators and interpreters – go here for more details.

I don't know about you, but here on the East Coast spring is in full swing, and … END_OF_DOCUMENT_TOKEN_TO_BE_REPLACED