Many people think working abroad is a glamorous career move, but often the most vital work in other countries is tiring, difficult and demanding.

In north-west Pakistan, where the worst flooding in 80 years has swept away thousands of homes and killed at least 1,200 people, humanitarian aid workers are desperately trying to get medical supplies and basic items to people in need.

Natural disasters are sudden and devastating events, resulting in death and destruction around the globe and countries can take many years to recover from the damage to economy and infrastructure. People working for non-governmental aid agencies and missionary groups have played a vital part in stemming the death toll caused by the Pakistan floods.

Broadly speaking they can be divided into two categories: development aid, which helps developing countries work towards improving their infrastructure, welfare and economic systems; and humanitarian aid, which provides emergency responses to crises.

The work of these aid workers varies in different situations, but generally involves organising and distributing food, medicine, emergency supplies and shelter to those who need it.

Many large international aid agencies – such as Oxfam, ActionAid, WorldVision and CARE – have development workers in certain countries full time, whereas others send extra help to emergencies as they occur.

International charities and aid agencies need hundreds of people to co-ordinate and implement rescue efforts around the world, quickly responding to changing situations and unpredictable occurrences, but aid work is one sector where boundless enthusiasm can only take you so far. 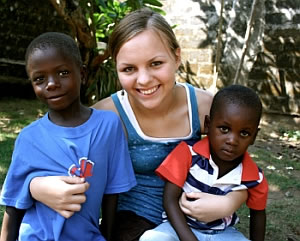 Staff are sent out to potentially dangerous situations and can risk their lives at work, and so do not need the extra worry and problems inexperienced workers can bring. Perhaps surprisingly, the most desirable people are not those with compassionate natures, but those who have a proven record of getting results quickly and reliably.

This means you need experience and training in fields such as medicine, administration, fundraising, economics, planning and health work to stand a decent chance of finding a job.

You will need to prove you have important skills such as the ability to cope under pressure, solve problems, make effective and quick decisions, work in a team, manage people efficiently, respect for other cultures, adaptability and – although that list is far from exhaustive.

It goes without saying that you must be prepared to live in basic conditions for long stretches of time – you will not be able to fly home to see family and friends often, if at all, so homesickness is an undesirable trait. Aid workers need strong constitutions and robust mental health to deal with catastrophic working environments and it helps to be familiar with the destination country and preferably able to speak the local language to communicate with local authorities and officials.

Crucially, to work abroad for a non-governmental organisation (NGO) such as the Red Cross, candidates need to have experience of living abroad already. Leanne Taylor, from the British Red Cross (https://www.redcross.org.uk/), told The Times the organisation wants proof its employees can deal with crises before posting them abroad.

She said:  “We look for people who have travelled and lived abroad and who have an interest in aid work. If someone’s never stepped outside the UK they’re unlikely to do a first mission with us. We need to know that they have coped with a culture clash or been in a situation where they had to be self reliant.”

Volunteer work overseas is a good way to get a foot in the door and make some contacts within the sector, but without required skills your application could be rejected for more qualified candidates.

While many NGOs offer development aid placements in African and Asian countries, they are usually low-level roles with little chance of responsibility. The next step up would be an entry-level position in your home country, which could give you more contacts and opportunities to apply for internally advertised vacancies.

This gives rise to the old conundrum of needing a job to get experience, but needing experience to get a job. While there is no easy way around this, it is easier for people to move into aid work after gaining leadership or technical experience in another sector, rather than starting straight from university.

There are a few exceptions. One is Volunteer Services Overseas (VSO), which places volunteers in one or two-year programmes according to their particular skills. While there is not a lot of choice over where in the world you will work, VSO is designed for qualified professionals with at least two years’ experience, so being accepted for a placement boosts your overall employment chances.

A useful article we came across by Piero Calvi stressed the importance of gaining experience, and argues that no number of qualifications can compete with years of front-line work in the field, even if you have to fund it yourself on a volunteer programme.

While the best way to find available aid worker vacancies is to approach aid agencies directly, the UK Government sends funding and personnel to aid other countries from the Department for International Development (DFID), which has current job listings in other countries.  The US equivalent is  USAID and there is more information about government-sponsored overseas volunteer programmes here.

Plenty of jobs are directly advertised on the UN humanitarian hub Relief Web and Idealist, which also lists a vast number of volunteering projects.

I don't know about you, but here on the East Coast spring is in full swing, and … END_OF_DOCUMENT_TOKEN_TO_BE_REPLACED