Researched and written by Caroline Copley

Whether motivated by daydreams of a better climate, a higher standard of living or a life-long passion to experience another culture, increasing numbers of British people are fleeing the rat race and opting to work on foreign shores. If the statistics are anything to go by, emigrating is the new big trend. According to figures released by the Office of National Statistics, 207,000 Brits left the UK in 2006, making it the first time the annual number of British emigrants has exceeded 200,000. Although real-life documentary shows might make us believe that most of these land-fleers are people retiring to the sun, the majority are in fact young professionals. A feeling that the UK is too expensive, particularly in respect of house prices, along with new graduate opportunities in emerging markets such as China, India and Russia, means that promotional prospects may lie beyond the boundaries of the UK. 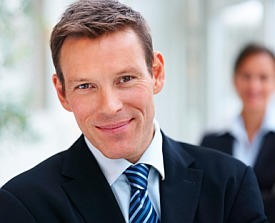 But how do you go about finding that elusive job? Starting a new job abroad is likely to bring more challenges than just learning how to operate a dodgy office photocopier, yet even with hardly any knowledge of the host country’s language it can be very rewarding. Every country is different – even if you work for a multinational firm – new employees must go with an open mind, prepared for cultural differences from dress code and office policy to working hours. The first day in a new job can be daunting in itself, but I felt even more awkward when I turned up in my suit jacket and skirt to greet my German colleagues who were dressed in jeans and t-shirts. However, let’s be honest, if this is the worst that befalls you, you won’t suffer for long. Just consider the enormous benefits working abroad can bring. Whether it is increased cultural awareness or the smaller everyday pleasures such as swapping that hastily-eaten Meal Deal for a lengthy lunch-break/siesta in Spain or the better pay and longer holidays in Germany, your working life can take on a whole new meaning.

So plump up your CV with an injection of resilience, thorough background research and solid determination and before you know it you’ll be greeting your new employer with a handshake or kiss (depending on where you are) and banking that first pay cheque at the end of the month. This article is designed to give you a few tips on making it through the executive job market abroad.

As a UK national you have a right to look for work, take up employment and to set up your own business in any of the EU member states. This is an amazing opportunity, which means you can start a job anywhere between Finland and Portugal, Poland and Greece without needing a visa whilst benefiting from the security of reduced-cost health care – as long as you remember your European Health Insurance Card.

It’s important to look at which industries exist in your chosen country and match your skills to those in demand. Checking out the employment “climate” is also a good idea. Many of the new EU member states have high unemployment figures themselves meaning firms may be unwilling to hire foreign labour.  Your welcome by employers in Poland – where 19.2% of the local population were unemployed in 2003 – might be slightly chilly. However, Poland currently has one of the fastest-growing economies in Europe and links between Polish and international firms are increasingly bringing a greater variety of opportunities onto the job market.

Outside of the EU things become trickier due to Visa restrictions. Countries such as Australia, New Zealand and Canada have very tough emigration regulations and tend to look for certain types of skilled workers in different years. If you are interested in working for a long term basis in Australia you should contact the Australian High Commission in London or Manchester, who can provide you with details of visa regulations and a list of occupations currently in demand. New Zealand publishes an Occupational Priority List (OPL) bi-annually. Likewise, Canada is likely to only accept applicants who fulfill their skill requirements. Nevertheless, if lawyers happen to be the only profession on their list this year and your talents lie in PR all is not lost. Working for a multinational firm often provides the best opportunity to work in these countries for a few years, as you are likely to be contracted from the UK. For example, foreign employees in the USA will usually enter on an H1 visa, a temporary work permit prearranged with, and tied to, a particular employer and usually valid for three years with a possible extension for another two. Tip – check out Next Step Australia on this website as they help people find a variety of jobs in Australia.

Climate and location are incredibly important. Be realistic about the sorts of conditions you can cope with. How well would you function in a consistently hot and humid climate or conversely in minus degree temperatures? Likewise think seriously about how you may be affected by the country’s culture. Working in the Middle East may be attractive due to its very high rate of pay, coupled with low or even non-existent income tax but you should bear in mind the difficulty of adjusting to what may be an alien way of life governed by the Islamic religion with a strict code of social behaviour. In addition contracts of employment may be handled differently. The Foreign and Commonwealth Website is a good place to seek advice. Developing countries may also be used to conducting business in a style that is alien to Western principles. In Brazil society is generally unpredictable and people often turn up several hours late for social meetings. Whilst this unhurried pace of life may be charming on holiday it could be more trying in a business environment.

When searching for job advertisements try thinking about well-known companies in the country you want to work in. For example Germany is awash with multinational firms, from all the big car manufacturers (Audi, BMW, Daimler Chrysler, Volkswagen) to Bosch, Siemens, Continental and Deutsche Telecom. Likewise if you are dreaming of a career in Japan, check out the websites of Samsung, Toyota, Mitsubishi or Sony.  Prospects in Canada may lie with Canadian Pacific or Shell Canada. These firms tend to be relatively foreigner friendly and advertise work placements and jobs on their homepages. Additionally there are numerous useful search engines such as www.iagora.com – an online database of entry-level jobs and internships in Europe. Check out newspaper websites from the relevant country, which often have a job section. Plus there is a huge amount of reference material available: a really useful website is www.prospects.ac.uk which profiles individual countries and gives advice about planning ahead, getting a placement, employers and qualification requirements. Public Libraries and bookshops are brilliant resources for reference books and there is a range of titles available from Live and Work in France to Challenge Europe. Likewise many organisations such as AIESEC, IASTE, British Council and the Leonardo da Vinci Programme all offer work placements that can be the perfect foothold to a more permanent future career. Keep an eye out on University campuses as well. Foreign employers often advertise in the careers offices for skills that are in demand. International employers may even directly seek out a lucky few. This was the case with David Butt, who was approached at University by Siemens VDO Automotive AG who wanted to plug their engineer shortage. Two interviews later (one in London and one in Germany – expenses paid for by Siemens) and David was employed in Regensburg and has been there for the last 8 years. More holidays, better opportunities and better pay are just some of the reasons that have kept him there. Added to that the superb location in the heart of Europe – 2 hours from the ski slopes, a hop, skip and a jump away from European hubs such as Munich, Prague and Vienna and his thoughts of returning to England fade into the exhaust fumes from the cars clogging the M25 on a Monday morning.

Plenty of opportunities exist in the non-graduate sector as well. International temping agencies such as ADECCO, Jobscout and Michael Page international often advertise vacancies online and you can create your own job profile. Nevertheless it’s often easiest to find a job if you are based in the country, where you can go for interviews at the drop of a hat. Your first port of call should be the local job office. The welcome you receive could be potentially lukewarm – remember that you will be in competition with locals for the job – but be determined. If you can, it’s useful to take a friend along who can speak the language to ensure you get the best opportunities. Paula Chappel was first told that she had no hope of getting a job but she persevered and was given an interview with a local firm producing industrial transformers. She got the job, which involved helping out with foreign correspondents and doing a bit of translation. One big asset is having English as a mother tongue and you should try and exploit this as much as possible on the foreign job market. Sixteen years later Paula is still enjoying the benefits of living abroad, which she lists as a cheaper lifestyle, safer community, less stress and shorter working hours. During this period she has worked for a marketing and advertising company, ran her own Irish pub for 7 years and is now working for Siemens VDO, a company that offers opportunities to work around the globe.

Britain invests considerable amounts of money abroad and there are commercial ties with all corners of the globe. Growth industries include British consulting firms, particularly in such areas as water management and transport systems as well as merchant banking, oil and food companies, strategy consultants and accountancy. The top 7 industries for working in the EU are teaching English as a foreign language, translating and interpreting, travel and tourism, construction, banking and finance, IT and communications and management. Many organizations with international operations in areas such as civil engineering and accountancy have a policy of giving overseas experience to newly recruited staff often with two to three-year postings.

Similarly, Britain still has strong contacts with the Commonwealth countries. Your local job center is linked to a database of overseas jobs, which allows you to search by country and type of work. Additionally, the European Yellow Pages and Eurograduate have links to companies worldwide and agencies such as Expertise in Labour Mobility offer useful information on job availability and recruitment practice in various countries.

So what are you waiting for: Go forth, be bold and conquer!

I don't know about you, but here on the East Coast spring is in full swing, and … END_OF_DOCUMENT_TOKEN_TO_BE_REPLACED